1. Principle of a hi-fi system - www.hifilounge.eu

1. Principle of a hi-fi system

Speakers > Basics
In the basic sections of the homepage, the topic is greatly simplified and presented with a focus on clarity. In the more in-depth chapters, the more knowledge the reader has, the greater the focus will be on the details. The aim of this approach is to make this website easily readable for technical laymen and to offer later chapters for the old hands of our hobby as a reference book with a high degree of detail.
Functional units
The construction of modern hifi systems is mostly similar. In addition to loudspeakers and cables, several devices such as power supply units, power amplifiers, preamplifiers, loudspeakers and many other components are used. Of course there are also All-in-One devices.

Which device is necessary for what? Figure 2 shows the usual functional units of a modern hi-fi system. 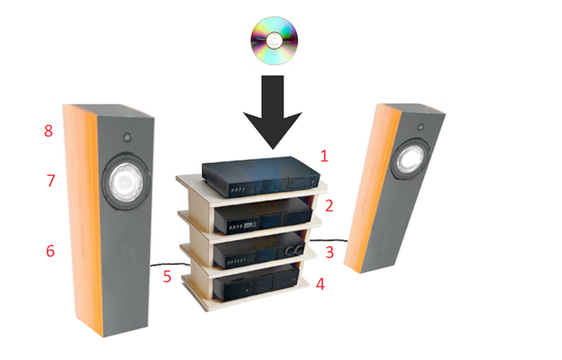 Figure 2: Exemplary setup of a hi-fi system
The functionality of the individual modules is basically the same for all systems.
The functional units 1-4 in the picture are often used in separate cabinets in higher price ranges. Hifi enthusiasts hope that the separate housings will result in less electromagnetic interference from the devices and more individuality - or they simply want to have more visible devices in their homes as technology freaks. Especially in the high-end range, the devices are often spartanly equipped.
In the consumer class, CD drives and digital-to-analog converters are almost always combined in a single device. Many hi-fi enthusiasts use players that can also read BluRays and DVDs or connect a computer or IPod to the system.
The preamplifier and the power amplifier are usually also housed in one housing. In stereo systems, these are called stereo amplifiers or integrated amplifiers.
An integrated radio results in a stereo receiver, a headphone output is virtually standard.
In surround systems, the preamplifier and the power amplifier are housed in a surround amplifier. These devices can usually control 7 loudspeakers and an additional subwoofer.
But modern surround amplifiers are more than just amplifiers. In most cases you have integrated digital-to-analog converters and can decode digital signals directly (e.g. via HDMI cable). In addition, there are often tools for the room measurement, there are integrated radio receivers, radio receivers to play wirelessly from an IPod music, etc..
Surround systems are mostly used in home cinemas and also include a TV or beamer. The amplifier has therefore several possibilities to influence the picture, e.g. with integrated scalers which can upscale the picture to a HD resolution. Accordingly, the amplifiers are known as audio-video receivers, or AV receivers for short.
There are various variants of the system shown in Figure 1.
In addition to all-in-one devices, in which all functional units including the loudspeakers are built into one device, active loudspeakers are also interesting. Active loudspeakers are loudspeakers with integrated power amplifiers. These are often used, for example, as computer loudspeakers or as monitors in sound studios. Although the active concept has technical advantages, it is only slowly becoming widespread in classic hi-fi systems. Usually passive loudspeakers, as shown in Figure 1, are used for hi-fi systems that require a separate power amplifier.
Home | General | Speakers | Elektronics | Surround | Photography | Infos | General Site Map
Back to content | Back to main menu