Speakers > Speakers
The loudspeaker speaks - the room answers. This interaction makes up about 99% of the actual sound of your hi-fi system. In order to understand the interaction, one has to consider three peculiarities of this process.

Figure 1: Only a small part of the sound arrives the listeners ear (red) - the rest goes into room acoustics (blue)
When a loudspeaker radiates in a spherical shape, only a tiny part of the sound reaches the listener's ear (red in the picture above). The absolute majority of the sound is reflected from the listening room (blue). It is not surprising that the reflected sound is significantly louder than the direct sound in normal listening rooms.
In which form the loudspeaker radiates - be it round as above or directed - in combination with the excited room acoustics is absolutely decisive for the sound quality of the system.
Other parts of the system - be it cables, CD players, amplifiers, etc. - have at best a secondary role in the sound quality of a conventional system.
Basics of acoustics
The sound distribution in a room can be distinguished as follows. In direct sound, discrete reflections and diffuse sound. Each type of sound influences the listening experience in its own way. 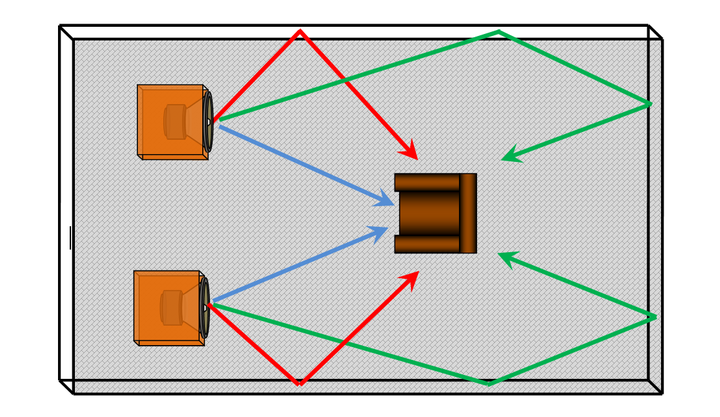 Figure 2: Sound distribution in the room
The direct sound or the first wave front is radiated directly from the loudspeaker to the listeners. Figure 1 shows this sound component in blue. The discrete reflections are the reflections from the walls which reach the listener directly after the first wave front. If the time difference between the first reflections and the first wavefront is too small, the ear cannot separate them cleanly. The result is a stage image of the loudspeaker that depends more on the room than on the music stored on the sound carrier. A remedy against the first reflections is provided by strongly bundled loudspeakers and specifically placed absorbers.
If one imagines that one would hear in a mirrored room, the correct position of the absorbers would be where one would see the mirror images of the loudspeakers on the walls. The same applies to ceilings and floors, but the reflective sound of the side walls is dominant for the ear. See Figure 2. 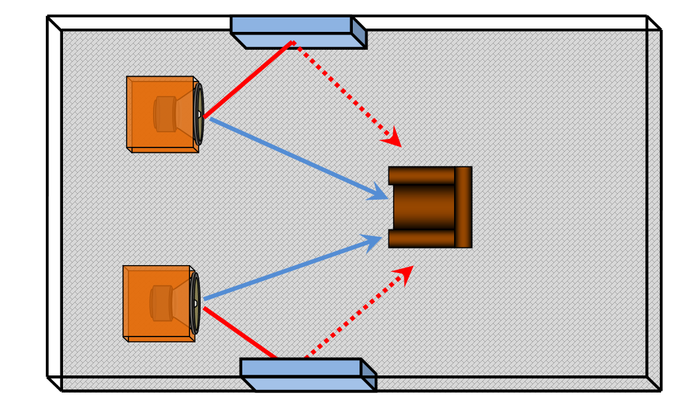 Figure 3: Absorber positioning to suppress early reflections
There are several ways to optically optimize absorbers in the living space. The following illustration shows a variant suitable for use in living rooms. In addition, note the deliberately free positioning of the loudspeakers at a distance of more than one metre from the neighbouring walls. 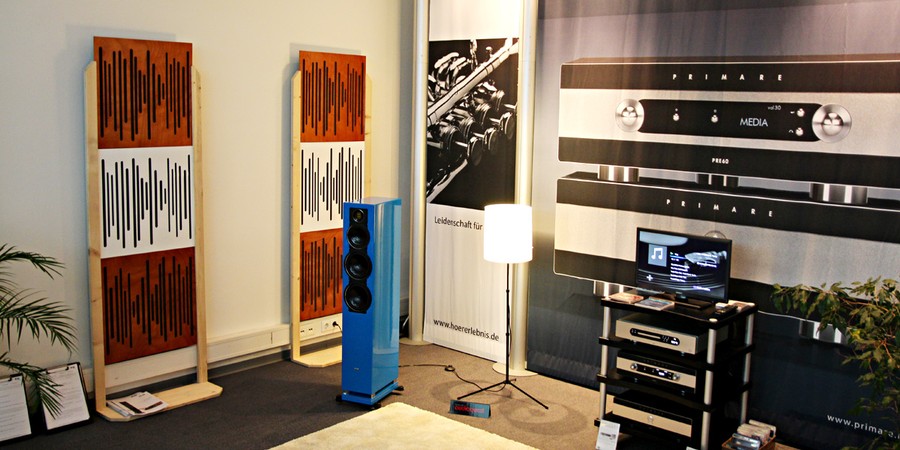 The diffuse sound was usually reflected several times before it reached the listener. This sound component is very diffuse due to multiple reflections, diffractions, etc. and can usually only be described stochastically (by probability calculation). The expert speaks of an uncorrelated reverberation field. The ear can separate the diffuse sound from the first wave front and does not use these sound components to locate the sound events - so it can only impair the stage image to a limited extent. However, diffuse sound influences the timbre. As a rule, a loudspeaker radiates less tweeter than fundamental into the room - and in addition, high frequencies in normal rooms are attenuated more strongly. Accordingly, the sound heard is usually discoloured in the fundamental. The remedy here is a loudspeaker that radiates evenly and a room that dampens evenly. Both are difficult to implement.
If you look at the reflection behaviour of a normal room in the form of an impulse response, you can see a pattern.

Figure 5: Example ETC
First comes the first wavefront, up to 15ms later the Early Reflections - then the uncorrelated diffuse sound. The curve is known as the Energy Time Curve (ETC).
The diffuse sound in the ETC curve is often evaluated with the RT60 value. This indicates how long it takes for the reflections to become weaker by 60 dB. Target values for the reverberation time lie between the limits of too reverberant (over approx. 0.5 seconds) and too dry (under 0.2 seconds) for frequencies between 200Hz and 8kHz - the ideal value depends on the room size and should allow a natural room sensation. The value has a strong influence on the hearing impression and depends strongly on the dispersion behaviour of the loudspeaker.
Sound colour neutrality and phantom sound imaging
In theory, the representation of loudspeakers is based on two essential points: On the tonal neutrality and the phantom sound source mapping.
The phantom source is a stereophonic term and is not a real sound source. It comes about as an auditory event as a result of at least two localization stimuli, the real sound sources in the form of loudspeakers. High-quality reproduction is defined by phantom sources that are as small and sharp as possible. In classical orchestral recordings, where a complete orchestra has been recorded, the reverb components and the direct sound of the instruments are present on the data carrier. If the loudspeaker can reproduce this information unaltered, it can reproduce the original stage in the listening room of the hi-fi system used.
the figure below illustrates the basic principle of stereophony: recording in a room with the desired sound impression and reproduction in a low-reflection room. Ideally, the sound source is located between the loudspeakers in the same way as the sound source was positioned in front of the microphones when the recording was made. 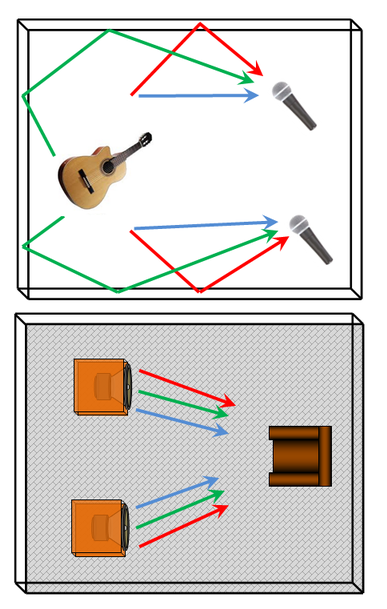 Figure 6: Stereophony for the reconstruction of a sound source

Usually special rooms are selected for the recording. With classical music these are usually the best places in concert halls, with pop music the instruments/voices are usually recorded separately in special rooms. Some rock bands prefer garages for the drums for a particularly "dirty" sound, some voice recordings are recorded in greenhouses because of the special reverberation. In pop music, the recorded instruments/voices are then mixed together and placed in stereo panoramas like "chickens on a stick", so the recordings are sometimes called mono chickens. In order to really understand the artistic aspects of the band or the sound engineer of a recording, the reverberation room of the original recording must be reproduced in the playback room. Surround systems with high-quality recorded multi-channel recordings do this much better than stereo systems.
By comparing the images, the fundamental problem of stage reproduction becomes understandable. If the sound image is dominated by the information of the playback room, the stage design desired by the artist is redesigned and determined by the room.
Some sound engineers increasingly rely on recordings in anechoic rooms for radio recordings - the reproduction of the stage image in a room dominated by reflections is then completely determined by this room. Since music from the hit parade is often heard over miserably set up kitchen radios, the approach is comprehensible. The corresponding recordings can sound a little bloodless in anechoic rooms.
The unadulterated representation of phantom sources is not easy. The time difference in which the first discrete Early Reflection arrives at the listener after the direct sound is called Initial Time Delay Gap (ITDG). The sound propagates in the air at a speed of 1 meter per 3 milliseconds. If the loudspeaker is positioned one meter in front of the rear wall, the corresponding early reflection arrives about 6 milliseconds after the direct sound thanks to the outward and return journey. If the loudspeaker is close to the side walls, these sound components arrive even earlier.
The temporal localization sharpness of the ear is 4-5 milliseconds. Everything that comes in this time is interpreted by the ear as a single sound event - the ear hears the loudspeaker in the room, not the sound carrier. The sound components up to 15 milliseconds after the first sound front have a massive influence on the location of the ear.
The functions of the ear are based on millions of years of evolution. In the ages in which the definition of hunter and prey was not clearly defined, it was advantageous for our ancestors to be able to locate a source in a room from the sound components and to estimate a realistic estimation of the room size directly from the reflections.
With phantom sound source imaging, however, it is NOT the loudspeaker in the room that should be located, but the information on the sound carrier. Seen from this angle, stereophony is a false representation of sound information.
One way to solve the problem is to place the speakers far away from all side walls. If the discrete reflections are not to reach the listener until after 15 milliseconds, at 1 meter per 3 milliseconds sound velocity this is about 5 meters of walking distance for the outward and return journey. Very few rooms have the necessary dimensions.

Another possibility is the use of sound absorbers as shown in Figure 2. To present the phantom sources unchanged, the "Recommendation for Practice SSF-01.1/2002, Listening Conditions and Reproduction Arrangements for Multichannel Stereophony" by VDT, IRT and SRT(Source: http://www.tonmeister.de/foren/surround/texte/SSF_01_1_2002_v2.PDF) before the Early Reflections up to 15 milliseconds after the direct sound by 10dB related to the direct sound. Other recommendations speak of at least 20dB.

Interaural propagation times, i.e. propagation time differences that occur between both ears, can be resolved much more precisely by hearing, the limit here is about 0.04 milliseconds.
If the problem of early reflections is solved by free-standing loudspeakers in large apartments, a further effect must be considered: the reflections overlap with the direct sound. This superimposition can lead to superimpositions and extinctions - the technical term for this is: comb filter effects. In order to reduce the comb filter effects, the early reflections should be reflected diffusely. One possibility for this is, for example, a specifically positioned bookshelf in which the books are arranged unevenly.
Some companies have specialised in producing diffusing and/or absorbing acoustic elements for living spaces. These can be ordered in various decorative colours or wood tones - see Figure 4. 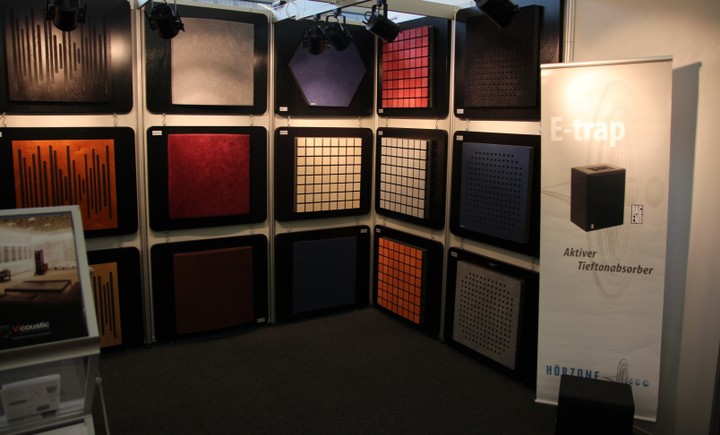 In order to prevent early reflections from the rear wall, the main control room loudspeakers in professional recording studios are usually installed directly in the rear wall. The extremely wide "baffle" prevents short-term reflections. An attenuated possibility of their conversion also in rented flats is the use of flat and wide loudspeakers which are placed directly in front of the wall. Another possibility with floorstanding loudspeakers is to place them flush between cupboards/shelves.
Modern loudspeakers - whereby at this point more the design than the technology is meant - are usually very deep and narrow, but often the woofers are installed laterally for space reasons. Some loudspeakers are also constructed in the form of thin columns. These loudspeakers should be set up as freely as possible; near the wall, the sound image becomes marshy due to short-term reflections.
Of course, the loudspeaker manufacturer does not have to watch helplessly how the room acoustics destroy all his efforts to achieve a good phantom sound source image. By concentrating the radiation strongly, it can reduce the dependency of the sound image on the acoustics.
Loudspeakers with a baffle width of more than 50cm do not radiate the mid-high range to the rear but only to the front. No matter whether the speakers are positioned close to the wall or freely, the early reflections of the rear wall can only have a limited effect on the sound image. In addition, a stronger bundling can be achieved by large loudspeaker chasssis.