Therefore, the question rightly arises: Why should an expensive headphone amplifier be purchased? 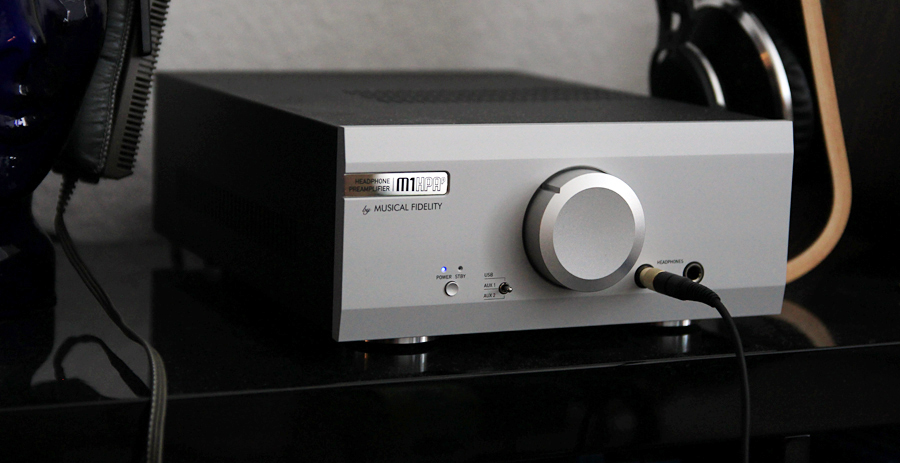 First of all, headphone amplifiers are usually produced in small series. The pricing can therefore (unfortunately) not be compared with Asian mass production devices such as DVD players.
An example: During one of my professional activities, special circuit boards were needed for the electrical adaptation of control units. This board consisted of standard components and a standard layout - with development effort the cost for the 10 boards was about 6000 Euro per piece!
Many Headphone amplifiers are not overpriced. They are simply small series products. If a BluRay player were to be produced in small series, it would cost more than a airplane. Only the quantities make the products affordable.
The prices for headphone amplifiers are in many cases not cheap but fair. Does a headphone amplifier make sense for the hi-fi enthusiast despite the high prices? Yes and no.
Output level of portable devices
Many good studio headphones need a lot of power to run nice. A smartphone or a soundcard in a Laptop could be to weak to do the job.
But there a some nice sounding headphones on the markets that will do fine with low power devices.

Stereo-amplifiers and AVRs sometimes have a resistore setup (voltage devider) to downgrade the power outpus for stereo speakers to the headphone jack. This will guarantee a low noise floor, but the impedances can vary in a broad range.
Beyerdynamik is committed to 100Ohm outputs for historical reasons and develops its headphones accordingly. Since Beyerdynamic tends to have very frequency neutral impedance responses, this is no problem.
Another German manufacturer, in particular, builds headphones with highly frequency-dependent impedance responses. These headphones would sound funny with the 100Ohm outputs of a Beyerdynamic A1 headphone-amp.
You can find the impedances of two mid-range headphones below.

According to the data sheet, headphone 1 is specified with an impedance of 32 Ohm. However, this value is almost frequency-independent - so the voltage drop (=volume) over the headphones is nearly frequency-independent.
Headphone 2 fluctuates between 50 Ohm and 230 Ohm. Connected to a low-impedance headphone jack this is no problem. With a high impedance of 100Ohm (Beyerdynamic A1 Headphone Amp or some common AVR) the volume of the speaker will get highly frequency dependent with a factor of 2-3.
For home-audio most manufacturers provide 300-600 Ohm Headphones that will run on 100 Ohm outputs quite fine. Alternatives are low impedance headphones with a frequency-neutral impedance like above.
Or a headphone amplifier with low impedance.
Headphone operation: on mobile devices
Mobile devices such as smartphones or MP3 players usually have very low output impedances and are therefore insensitive to impedance fluctuations in headphones.
The weakness usually lies more in the large coupling capacitors, so that the frequency response of some devices drops rapidly below 100Hz.
In order to achieve long battery life, the voltage at the headphone output is also very limited. Many mobile devices are therefore also simply too quiet - and weak in dynamics - for low-efficiency headphones for the home.
Headphones with good efficiency and/or low impedance are a remedy. There is a simple reason for the latter: The power converted at an electrical consumer (= headphones) is calculated as follows

... which means nothing else than getting the headphones with a low resistance more power at the same voltage. And accordingly louder.
Mobile headphones are designed for low impedance for a high maximum level and better dynamic behavior at impulse peaks.

The maximum power is delivered from mobile sources to low-impedance headphones. Unfortunately, this is not only true for the music signal - the noise is also stronger. In principle, headphones with a high impedance are less susceptible to noise!
Some notebooks have sound cards with very noisy headphone outputs. A headphone amplifier with USB input that digitally picks up the signal from the PC  (=noise free) can help here. A good external USB soundcard will perhaps do as fine.
Damping factor
Similar to loudspeaker cabinets, overshoots of the loudspeaker chassis can be short-circuited by a low-impedance control. The corresponding technical term is damping factor. 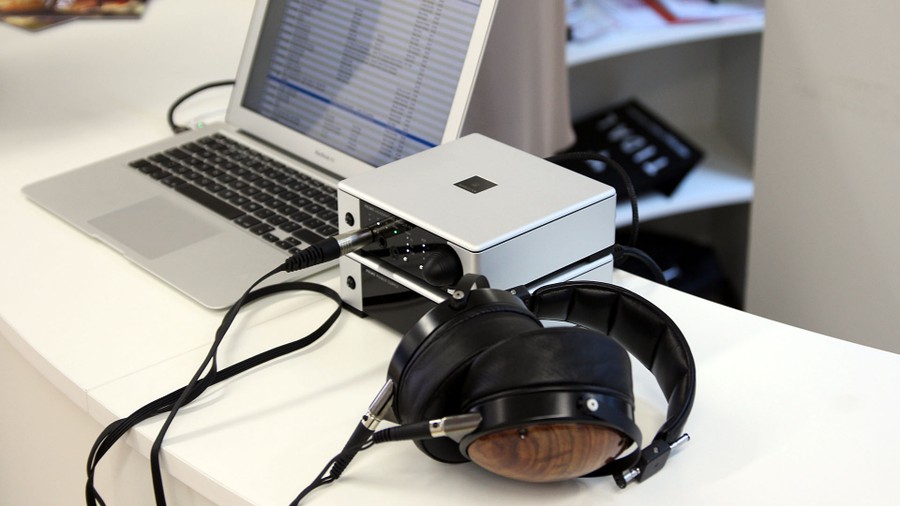 The attenuation factor is the ratio of the loudspeaker impedance to the internal resistance of the source device (e.g. the 150 Ohm of the example full amplifier). The attenuation factor is generally higher for high impedance listeners than for low impedance models - and benefits from the low internal resistance of the amplifier.
With conventional loudspeakers, the woofers are operated in the range of the driver's resonant frequency in order to take full advantage of the driver's level stability and bass capability. Accordingly, a high damping factor is often audible in the low frequencies due to a cleaner impulse response. The mid-range and tweeters of loudspeakers are usually damped much more strongly by the hardness of the beads or by the air volume than by the internal electrical resistance of the amplifier. Here a high damping factor (=low output impedance) tends to be of little use.
With the exception of a few exotics, the complete frequency response of headphones is reproduced with one chassis (= full range). Therefore, the drivers are almost inevitably operated in the resonance range.
Due to high stiffness and the absence of reflex tubes, the resonances of headphones are usually in the midrange. Figure 3 clearly shows this resonance in the midrange in the impedance response of headphones 2.
Depending on the damping by the air volume and the bead, the damping factor can lead to more control in the midrange. Due to high mechanical damping, a higher electrical damping factor can be completely superfluous - and bring no audible advantages.
Some of my private experiments with a source device with adjustable output impedance (= damping factor) did not result in any audible effects on the sound of several headphones investigated - however, there will certainly be headphones that react more strongly to the damping factor. A general statement regarding the audibility of the damping factor should not be made here.
High res player as mobile hadphone amplifiers
Some manufacturers like Astell& Kern and FiiO produce High-Res players. The devices are the IPods of today - they play extremely high-resolution music formats, suport streaming and have powerful output stages with which they can also drive high-impedance studio headphones. They are a good portable alternative to a headphone amplifier.
Especially the KANN series of Astell and Karn is worth mentioning: The devices are quite expensive, heavy and bulky - but they are nearly noise-free, have less than 1 Ohm output impedance and higher output voltages than many stationary headphone amplifiers. The can also be connected via USB to a computer and act as a soundcard. 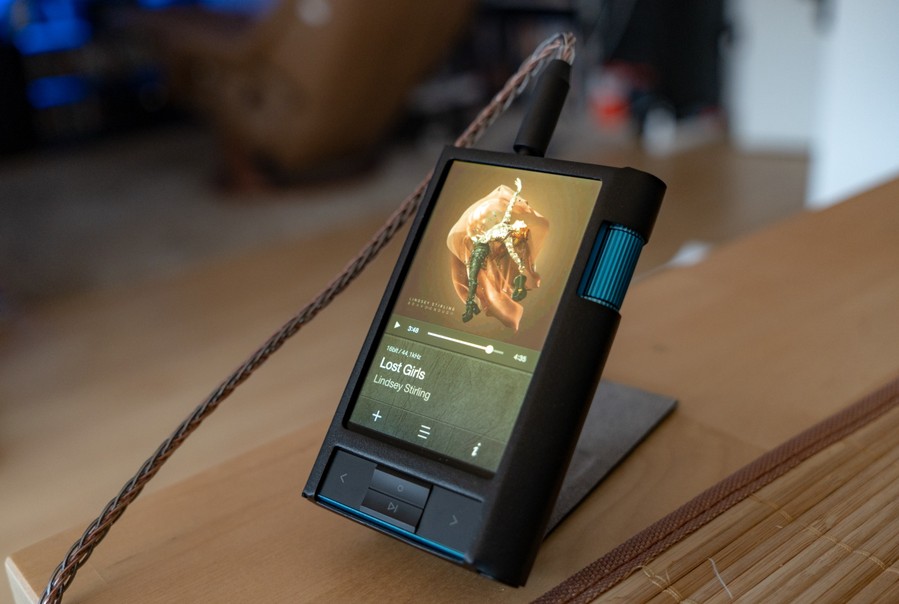 Figure 4: Astell Kern KANN - High Res player that will drive even most studio headphones
Is a KHV worth it?
Most (not all) high-end headphones are designed for connection to low impedance headphone amplifiers. At high impedance outputs (voltage divider full amplifier jacks) these headphones sound discoloured. In this case a headphone amplifier clearly makes sense and the difference is clearly audible. 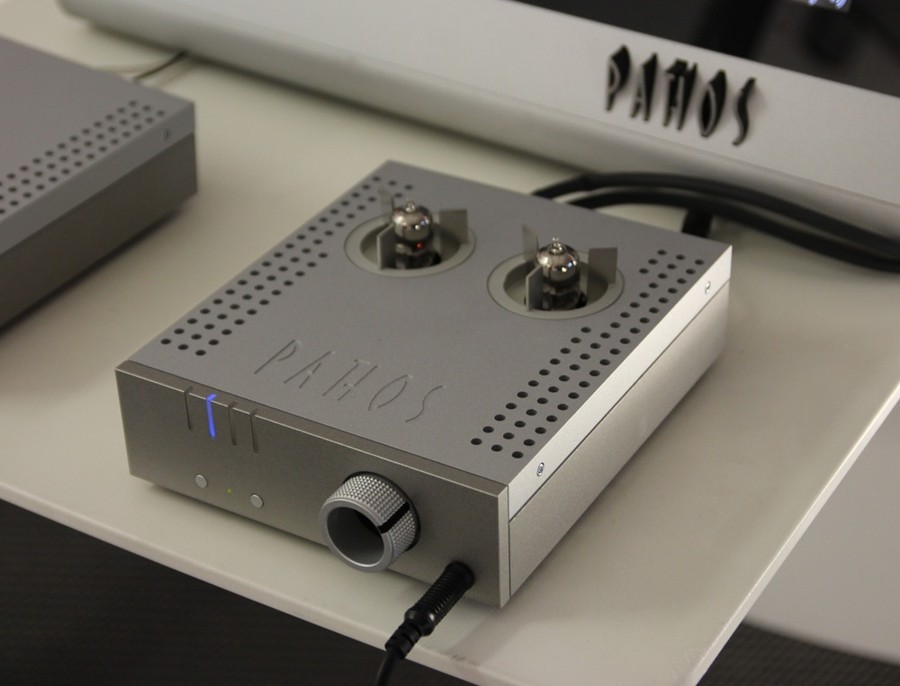 Is a KHV wirth it in individual cases? Many amplifiers and sound cards have good headphone outputs. Headphones need very little power, a renowned electronics manufacturer can develop a good jack output even with a limited budget.
Some manufacturers of full amplifiers and AV receivers do without the voltage divider solution and integrate very good separate circuits for headphone operation into the devices. At the same time, some sound cards are specifically advertised with the good sound characteristics of the headphone outputs - many of these devices are even connected via USB and placed far away from the PC to prevent interference from the rest of the hardware, other sound cards are shielded against high quality interference.
Anyone who has a device with a good headphone amplifier will hear no difference compared to a separate headphone amplifier. It only becomes critical when very inefficient and high-impedance headphones are used and the sound cards, etc. simply don't have enough voltage for operation - which is especially true for some currently available high-end magnetostats.
Some headphone amplifiers come with USB connectors and act de facto as sound cards. The digital control can bypass a miserable and noisy sound chip in a latop - and be replaced by a high-quality source device.
Of course, there is also a wide range of headphone amplifiers with tubes, some with high internal output transformer resistance and a concise harmonic distortion spectrum for a rich tube sound. Mobile headphone amplifiers with battery operation are also available.
Unfortunately, headphone amplifiers are still niche products with small quantities, so the prices for headphone amplifiers are similarly high as for simple stereo amplifiers - sometimes even higher.
Whether the purchase is worth it has to be decided on a case-by-case basis. But it is true: Headphone amplifiers can improve the sound in many cases.