Elektronics > Amplifier
With active loudspeakers, a loudspeaker ideally only needs to drive one chassis. The impedance curves of the drivers are usually quite good-natured - except for the resonance frequency of the woofer. In case of a desired low bass active equalisation high power is required.
Driving passive loudspeakers with an amplifier, however, is much more difficult. Multi-way loudspeakers with complex crossover structures can demand considerable reactive power. But regardless of the load connected, the amplifier must always provide the desired voltage. The frequency response must be smooth. There must be no distortion - and the output stage must not generate noise. 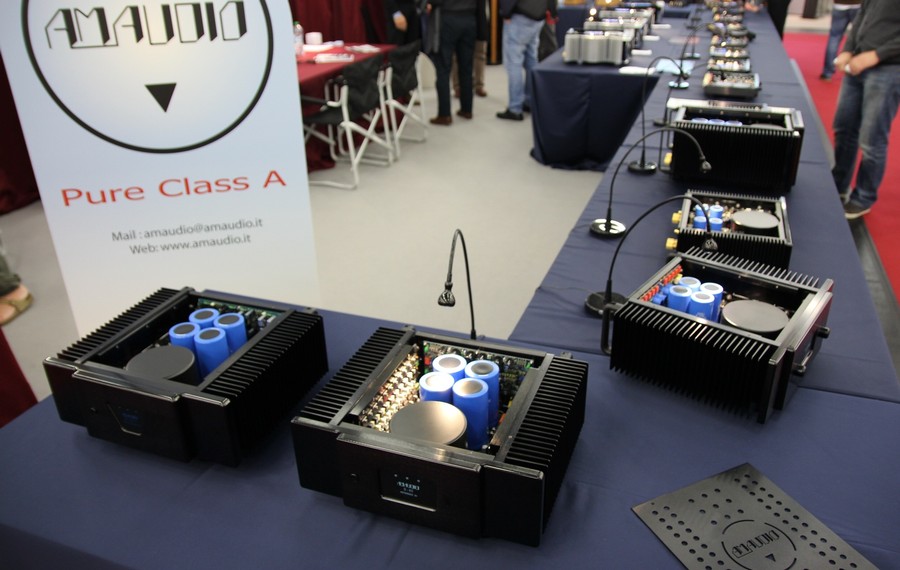 It is undisputed that the demands on the technology are high. However, circuit technology, like semiconductor technology, has developed considerably in recent decades. Many circuit concepts, including good explanations, can be found in specialist books or via google - and apart from oversized transformers, electrolytic capacitors and the housings, most components in an amplifier are penny items. For the big manufacturers the development of a low distortion amplifier with perfect frequency response is no problem.
Accordingly, the sonic differences between different amplifiers are highly controversial. A group of hifi enthusiasts believe that an amplifier plays a similarly decisive role in sound as a loudspeaker - and strongly recommend listening to a test amplifier before buying one. The other group considers amplifiers to be so mature that modern brand-name devices can be bought blindly, sound differences between the devices are impossible
At first sight, it seems questionable to fundamentally exclude sound differences in such a central functional unit of the system. Presumably the people making such claims have never heard a good amplifier before? On closer examination of the topic, however, there are various indications that the sceptics have reason for their statements. Just look at the technical data of average hifi equipment.

Distortion:
There are certainly devices whose data sheet values are better or worse than the example values mentioned here - but on the whole the values should be representative. When comparing, it is noticeable that a good modern CD player and a good modern amplifier (which explicitly includes the devices of the last 20 years) have considerably better transmission characteristics than loudspeakers. When comparing the data with the values from the technical literature, it is also noticeable that the non-linearities and the unevenness of the frequency response of the electronic components are below the hearing thresholds.
But wait - these are laboratory values that were determined without connected loudspeakers. Can an amplifier keep the promises made in the data sheet even when loudspeakers are connected?
Figure 2 shows the frequency response in the form of the measured output voltage at an amplifier - and thus indirectly the volume generated by the loudspeaker. The amplifier is a mid-range AV receiver from a brand manufacturer. The loudspeaker was a common floorstanding loudspeaker - the volume was at the upper limit of what is acceptable in a rented flat. 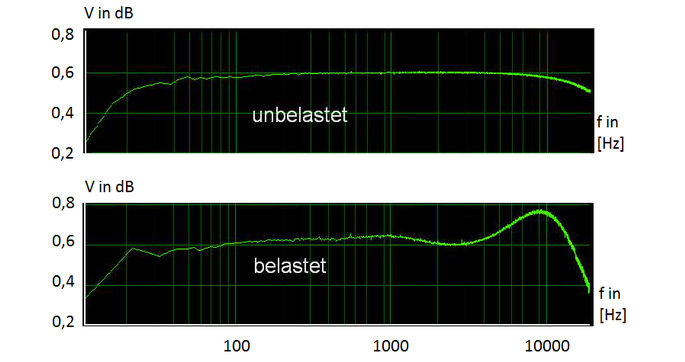 Figure 2: Mid-range AV receivers with and without connected speakers

Even under load, the fluctuations of the frequency response are around ±0.2 dB - in the sound-decisive range between 100 and 3000 Hz the fluctuations are even smaller. In comparison: the 8260a loudspeaker from Genelec is a high-end digital active loudspeaker of the absolute top class with a lavish price and one of the most linear frequency responses on the market: according to the manufacturer 29 Hz - 21 kHz at ±1dB. With (good) passive loudspeakers, fluctuations of ±3db are common - these values are of course only valid for anechoic rooms.
In the case of passive entry-level loudspeakers, the manufacturers always endeavour to ensure compatibility with the usual AV receivers. High-priced passive loudspeakers, on the other hand, are often said to be diva-like and highly amplifier-critical. However, it is precisely these loudspeakers that are optimised for operation with tube amplifiers with weak chests, and therefore highly amplifier-critical speakers are rare even in the high-end range.
Rare means rare - and not that critical loudspeakers do not exist. Some multi-way loudspeakers with critical impedance drops below 1 Ohm have been introduced to the German market in recent years. Extremely high level requirements also drive the demands on the amplifiers considerably higher - although it must be emphasized at this point that a conventional floorstanding loudspeaker rarely requires more than one (!) watt of power when the room loudspeaker is raised. Those who do not want to drive divas (faulty designs?) can therefore make do with an inexpensive amplifier.
Blindtests

It is one thing to look at data sheets and measurement records - but the real sound impression is what counts in the end. Amplifier tests are anything but easy - especially at your local dealer. Many dealers are trained in sales psychology and only want the best for the customer - his money. Some dealers have perfected their presentation techniques to such an extent that they can even show the customer their own sound with different digital cables and washers for the CD player. To maintain that hifi dealers basically want to rip off their customers is of course wrong. Especially the smaller hifi dealers have chosen their profession out of love for hifi technology - and give their recommendations for high-priced amplifiers with the best of intentions. This does not make it easier to get an objective impression.
If one of the amplifiers is set slightly louder than the other when listening to a comparison, it is usually directly rated better in comparative tests. But which dealer connects measuring instruments to adjust the amplifier levels? Furthermore, psychological factors should not be neglected - a high-end amplifier with a very heavy transformer has a completely different effect on the listener than a plastic model from the entry-level class. The only way to make a statement is blind tests with a perfect level adjustment on high quality speakers.
In recent years, the hifi dealer David Messinger from Vienna has had some amplifiers competing against each other in blind tests with several test listeners. The results are quite interesting and give rise to considerable doubts about the inherent sound of amplifiers. Many a convinced hifi freak, who was convinced of amplifier sound, has embarrassed himself in such tests. The results of several such tests were published in the dealer's forum http://www.hififorum.at/ (German language)
The German texts can be translated to English with: https://www.deepl.com/translator.
The entry level AVR Sony STR-DE85 could not be distinguished from a much more expensive ASR Emitter Exclusive Version Blue in these tests, comparisons with other AVRs and integrated amplifiers were similar. Only some tube amplifiers with strong inherent sound were recognizable as such. After the tests David used the signature in his forum:

"The biggest problem with amplifier tests is that amplifiers with potentiometers are very inaccurate in terms of left/right channel level equality. If there is a balance control, one can still help oneself, but for the "purists" there is no such thing. If, for example, test amplifier A has 4.0 Volts on the left and 4.4 Volts on the right and test amplifier B has similar levels, but the other way round, then there is at least once a small offset of the virtual center when switching, which makes a proper comparison practically impossible. [....]  That was also the reason why I was so "successful" with my blind test run. Had it not been for the offset of the virtual center, I would have had to concentrate on something else and I don't think I would have done nearly as well. In other words, the difference was already of a magnitude well above the hearing threshold.
Babak, so this was the "positive control" ;)
Otherwise I would like to meet the person who can tell faultless amplifiers and CD players apart in blind tests."

Source: David Messinger, Quote translated to english
https://www.hififorum.at/showthread.php?t=4482
David vividly describes that the main problem in the blinded comparison tests was the minimal volume differences between the devices. These immediately resulted in a different sound for the test listeners. Once the volume levels were properly adjusted, it was almost impossible to pass the blink tests. After the tests David used the signature in his forum:

"An "audio layman" can be recognized by the fact that he is much more concerned with audio components than with room acoustics, LS placement and choice of listening position."

Source: David Messinger, Quote translated to english
http://www.hififorum.at/
I can only agree with this quote. Loudspeaker placement and acoustics are hardly to be underestimated. If you really want a technically "better" sounding amplifier concept in your system, you should think about using active loudspeakers with active crossovers.
You will also find cheap surroundsystems where the AVR-functions are build into the Subwoofer. I prefer a solution with AVR.
The recommendation when buying an amplifier from this website
Home | General | Speakers | Elektronics | Surround | Photography | Infos | General Site Map
Back to content | Back to main menu