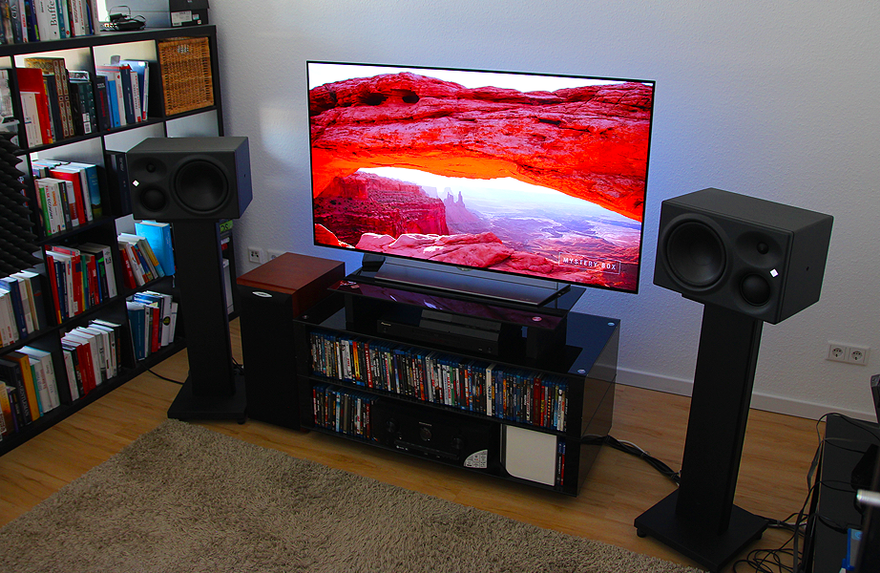 Figure 1: A Homecinema
The heart of the device is an audio video receiver (=AVR).
This device has the task
Do do its job the AVR can have several features. 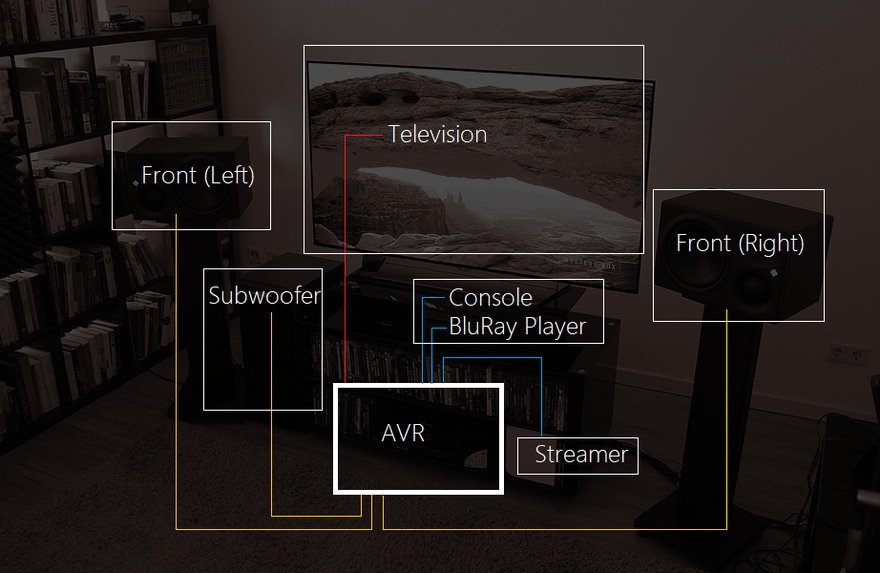