Speakers > Speakers
For some time now, the words "near-field monitor" and "far-field monitor" have dominated the technical discussions in the hifi forums. Mostly the word "Hallradius" or "reverberation radius" is used in this context.

Hallradius or reverberation radius - the critical distance for true Hifi 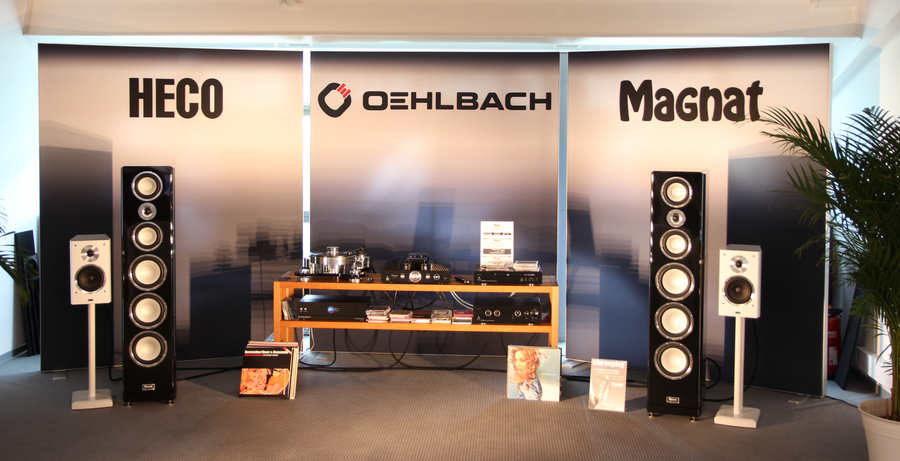 A common hifi loudspeaker in a normal room has a reverberation radius of about 30cm (unfortunately no typo). Large main monitors can achieve a little more than 2 meters under studio conditions. Let us come to the most important sentence on this homepage to set up a great sound system:
The consequence of this statement in all clarity: hearing in the reverberation radius is virtually impossible in normal homes.

From a technical point of view, it is pointless to purchase a high-end system made up of he most expensive individual components possible and to place them in the room at a stroke of luck.

If you take only one wisdom from this webside: Please take the one above.
There are three different approaches used by loudspeaker manufacturers to deal with this problem. The most common variant is called "reverb sauce", with some sarcasm. Two other terms in this context are near-field hearing and far-field hearing.
Nearfield listening

"Near field." Actually - there is hardly a word in hifi technology that is so often misinterpreted.
If you look in specialist books you will find the original meaning of near field. This is the area directly in front of the sound source. Sound pressure and sound velocity do not directly depend on each other. Energy is stored in the near field. In this area a bass loudspeaker produces air movements that can make a sheet of paper tremble at higher levels - without the ear perceiving the music here as louder than in the windless parts of the room. There is a wide range of math exercises on this topic to torture students at universities.
This classis definition is shown in a picture.

Figure 2: The classic definition: Nearfield (left) has "round" wavefronts, the farfield  (right) has "even" wavefronts
The next meaning of near field is the interpretation of technical laymen. A near-field monitor requires the listener to sit directly in front of the speakers. This makes it fundamentally unsuitable for living rooms. This statement is as simple as it is false.
With high-quality stereophony, near-field listening has a completely different meaning: the loudspeaker allows listening in the reverberation radius:

The loudspeaker is able to reproduce the spatiality stored on the CD without the reflection sound of the room transforming it into sound mush.
As already mentioned elsewhere, pop recordings are often recorded in anechoic chambers. A "technically correct stage image" under near field conditions would make such recordings sound somewhat sterile. Near-field conditions only make sense for "correct" recordings where a stage image is available on the data medium which is worth to be displayed.
The interaction of speakers with the room can be seperated into three categories. 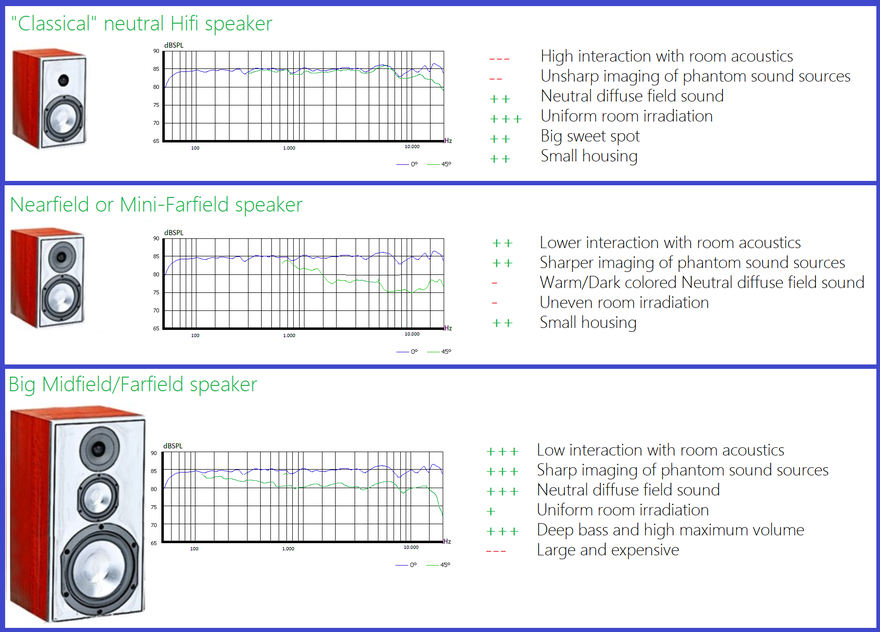 Figure 3: Different types of speakers.
Classical Hifi-listening outside of critical distance
In highly attenuated rooms, a wide radiating loudspeaker will work as a near-field monitor - for this purpose all drivers are kept small against the wavelength. Due to a wide and regular radiation, many listening places can be provided with high-quality sound without discolouration.
In most real living rooms, however, wide radiating loudspeakers are often a problem. With wide radiating loudspeakers in normal living rooms the listener would have to sit less than 30cm in front of the loudspeakers to be within the reverberation radius. This is impractical.
Many classical hi-fi speakers are developed with the aim to radiate all frequencies relatively wide. This ensures that all seats in the living room are evenly exposed to sound. The high reverberation level does not lead to discoloration, but the numerous excited room reflections cover the sound stage stored on the sound carrier.
These omnidirectional radiators should be placed at a large distance from all walls - otherwise the discreet reflections will cause a very fuzzy staging. Absorbers are rarely useful in private living rooms for optical reasons, but a carpet or curtains can reduce the damage caused by the acoustics.
Nearield monitors... or small Farfield monitores?
Professional sound engineers know that they have to listen in on the reverberation radius for best soundstaging. Classical near-field monitors are therefore usually built with high directivity: Recognizable by things like...
At the same time the loudspeaker should have dimensions suitable for living rooms, baffle widths of more than 20-30cm make loudspeakers unsellable to most customers. The use of 40mm bass drivers is therefore a design-problem. As a compromise, mini far-field monitors with drivers that are too small in the basic tone, but which bundle strongly in the high frequency range in order to allow a good phantom source imaging at least in the high frequency ranges. The radiation pattern cannot be frequency-neutral, but it can be continuous. A narrow-band overemphasis of individual frequencies can be achieved by suitable crossover frequencies, flat filters, waveguides or various other tricks.
Important for near-field studio monitors:

With limited money and space one has the choice between two suboptimal speaker approaches in normal living spaces: A wide dispersion with neutral room acoustic diffuse sound or bundled dispersion in the high frequency range with a better stage and darker coloration.

But there is a solution - the luxury class of loudspeaker construction are "farfield monitors". In order to be able to bundle low frequencies, correspondingly large loudspeaker chassis are installed. Alternatively, loudspeaker arrays with the same effect are also possible: strong bundling in the fundamental tone.
"Far-field monitor." These loudspeakers try to force the listening position somehow into the reverberation radius with an extremely strong bundling even under unfavourable conditions. They still allow near-field conditions under difficult acoustic conditions of high listening distances and many reflections. Thus these loudspeakers make extremely low demands on the listening room - but have the same goal as a near-field monitor. They are just bigger and better.
Far-field monitors are usually also very well suited for near-field listening. For this purpose, the loudspeaker drivers must be close enough to each other that the sound image does not disintegrate into the individual drivers. In addition, the radiation pattern must be sufficiently uniform that head movements do not directly lead to a discoloration of the sound.

Far-field loudspeakers are easy to identify visually: They are as big as refrigerators and have large drivers. Sound focusing, especially at low frequencies, requires large, strongly focusing loudspeaker drivers. 40mm bass drivers that are operated down to the lower midrange are not uncommon. The mid/high range is usually trimmed to a strong directivity by horns, waveguides, large ribbon or coax drivers.
As already mentioned above: even under studio conditions far-field monitors rarely create a reverberation radius of more than 2m. For listening conditions in poorly insulated living rooms even far-field monitors are not sufficient. 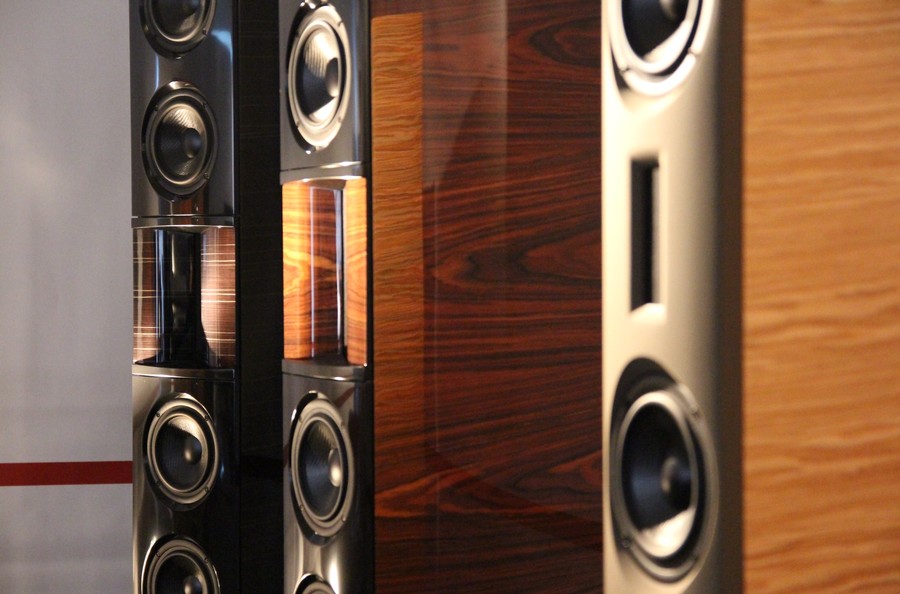 Figure 4: Backes &Müller farfield speaker with high bundling based on speakerarrays and waveguide

Reverb Sauce Thrower - or "Hallsaucenwerfer" (German)
"Reverb sauce thrower": This somewhat flippant formulation, which rarely makes it into literature, does the job without near-field conditions.
Neutral speaker concepts (no bundling and high bundling) try to bundle the sound steady. Many speakers on the markets dont go this way. They have very unsteady bundling to create a "special" sound even with a neutral on-axis frequency response.
This type of loudspeaker wants to actively boost its sound with including the diffuse sound from the living room. It usually radiates quite broadly and moves the listening position outside the reverberation radius. To realize a technically clean stage image is virtually impossible based on usual room acoustics.
The geometry of the human ear influences the incident sound before it reaches the eardrum - see also "Head Related Transfer Function" (HRTF) in the chapter Headphones. In this context, characteristic discoloration of the sound occurs. The brain uses this discoloration to localize the sound source. More in-depth research on this topic was carried out by Jens Blauert - which helped certain localization-dominant frequency bands to be named Blauert's bands.
A perception of a present sound that is based on the geometry of the ear can be achieved by raising the frequency bands between - 400 Hz and 3-4 kHz, and also by lowering frequencies by 1 kHz. Similarly, raising the frequencies by 1 kHz leads to a somewhat diffuse impression. The expression "bathtub frequency response" describes the corresponding tuning of the loudspeakers.
Hifi manufacturers know and massively use this effect. In some obvious cases the axial frequency response is directly raised slightly. In measurements in the trade press, trained listeners notice this directly in a negative way. The manufacturer can also use a much more discreet but equally effective way of achieving a particularly present sound by selecting the crossover frequencies in order to radiate particularly wide in certain blue bands. By emphasizing frequencies above 10kHz, the localization of the instruments can even be shifted behind the listener - bringing a touch of surround sound to the stereo reproduction. The associated sound description is a "sound that separates beautifully from the speakers".
Even some far-field monitors have slight elevations of certain frequency bands in order to get as close as possible to the "correct" image when used slightly outside the reverberation radius.
Is the "Reverb Sauce Thrower" a good concept? If you like the sound - of course. Music at home should give pleasure.
But it is problematic when such loudspeakers are used in recording studios and result in poorly mixed recordings. And if you want the "right" sound at home, your private system must also be optimised to this ideal. Unfortunately, many manufacturers of "hall sauce throwers" market the loudspeakers as neutral.
What kind of speaker do I want at home?
That question is hard to answer.
Pop recordings are often recorded in anechoic chambers. The music pieces have very little room information. If this music is played back on strongly focusing loudspeakers in a damped room, the recording may subjectively sound somewhat bloodless. On the other hand, the advantage is an extremely sharp staging similar to that of good headphones.
With live music such as jazz, classical or rock, many recordings are made in special rooms. From opera houses for classical music, jazz cellars or garages for rock to guarantee the extra dirty guitar sound. In these cases, we recommend using highly focused loudspeakers to avoid mixing up the artistically desired acoustics on the recordings with the acoustics of the living room. Broad radiating loudspeakers I see here generally negative.
Listening experience is helpful here. I personally prefer neutral and focused speakers for the private listening experience. Accordingly I use (compact) midfield speakers at home.
You can buy very good wide-angle loudspeakers or compact monitors for affordable prices. With a short listening distance and good acoustics the speakers are hardly distinguishable from expensive midfielders.

Save money and get closer to your speakers. Get 1m distances from the speakers to the next walls to disarm early reflections, perhaps use some acoustic absorbers. High end audio made cheap!
The price for mid/farfielders is paid for high maximum volume and compatibility with poor acoustics + listening distance. Almost all private rooms have bad acoustics, so this is a good extra.
Interesting could be a visit at the homepage of Music Electronic Geithain. https://www.me-geithain.de/en/aktiv-lautsprecher.html
This German high-end manufacturer of loudspeakers directly indicates the recommended listening distances for its speakers.
Geithain is also providing detailed measurements from its speakers, so you can have a closer look regarding those distance recommendations on your own.