Surround
Mono sound goes with a loudspeaker. Stereo needs two speakers. But there's more... With Dolby Atmos you can drive 34 speakers and an additional subwoofer. If you put more speakers in the room, the sound can come from more different directions.
The simplest surround system consists of four speakers (=quadrophony). As usual, two stereo speakers are placed in a stereo triangle in front of one, two more speakers are placed at the back.
An additional sound carrier with surround tracks is required. Here we can take...
In addition, we need an electronic device that can decode the surround signals from the data carriers and drive the loudspeakers. With inexpensive surround systems the electronics are usually integrated in the bass speaker (= Subwoofer), with more expensive systems there is a separate electronic component known as an Audio Video Receiver (=AVR). 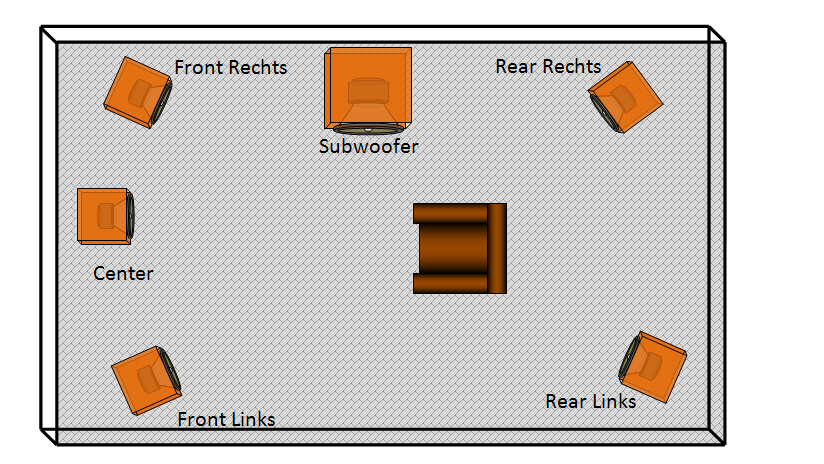 Usual are 5.1 installations. For this purpose, five loudspeakers for the mid-high range are distributed around the listener, in addition a subwoofer is set up which produces the bass. In the ideal case basses are not locatable, therefore the subwoofer can be placed freely. In practice, however, installation-dependent drone effects caused by room modes quickly restrict the freedom of free placement. Alternatively, there are 4.0 systems which use four full-range speakers and do without the subwoofer, or 7.1 systems which use two additional fullrange speakers.
In principle, normal stereo speakers can be used to set up a surround system.
However, at least with the center speaker one usually has to make compromises. The center speaker is usually placed underneath the TV and primarily reproduces the voices of the speakers. However, it is usually impossible to place a floorstanding loudspeaker underneath a television set, which is why many manufacturers offer special centre speakers for the systems. Dipole speakers are also often used for the rear speakers to get the rearsound with a more spacious stage.
The following picture shows a surround system by Nubert with floorstanding loudspeakers as fronts and a center speaker. The rear models and the subwoofer are not in the picture. 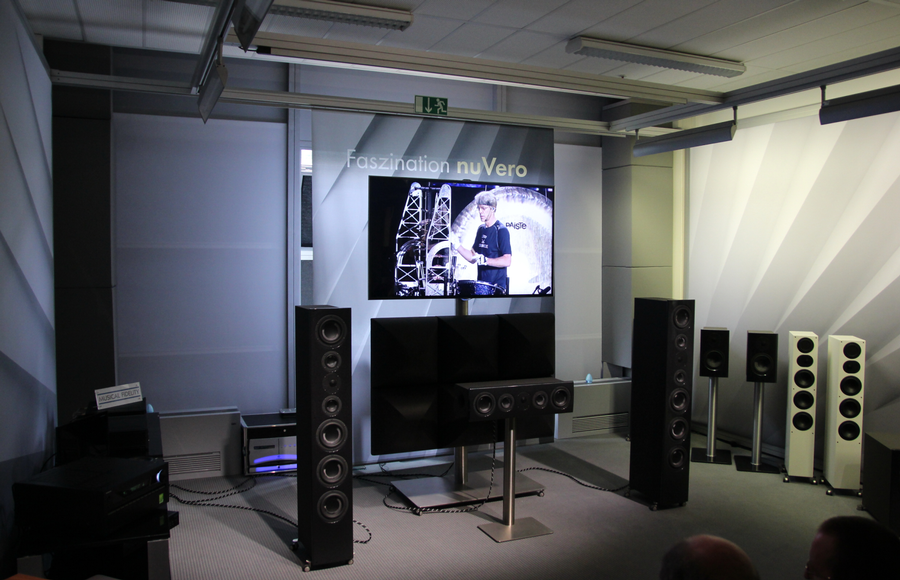 Figure 2: Surround system with floorspeakers and centerspeaker from Nubert at a fair.
The setup shown was a so-called 7.1 surround setup. The sequence of numbers means: there are 7 normal loudspeakers for the midrange and high frequencies, plus an additional speaker (subwoofer) for the bass. Since a subwoofer can't be located due to the high wavelength of low frequency sounds, the bass response can be transferred to a separate speaker.
The following statements can be made about a surround setup:

Most dialogues in movies come from the front, so the centre speaker is one of the most important speakers in the system. In practice, one should be careful when choosing a center.
Mostly center speakers are unlovingly tinkered misconstructions. The main development goal is often that the center somehow fits under the TV and visually matches the front speakers. Center speakers are often an absolute catastrophe in terms of sound, there are only few good models on the market.
Good stereo speakers have a very sharp center image. This raises the question why one should buy a centre speaker at all - which then takes over the middle between the speakers with mediocre success. The answer: In many private home theatres the speakers and seats are placed very unfavourably in the room. To ensure that the voices in movies come from close to the TV, it is imperative that a loudspeaker is placed near the TV.

If you can distribute the seats and speaker positions in a good way: The absence of a center is often advantageous in terms of sound!
Disadvantages of centre speakers:
How to do centers right

Very popular are also dipole and bipolar speakers in the back of a home cinema.
Bipoles radiate in different directions with the same phase, this can be realized e.g. by an additional tweeter at the back of the speaker. Alternatively, there are also dipoles that radiate in phase inverse to the front and rear, e.g. large electrostatic area radiators. Both loudspeaker variants rely on a high proportion of reflected sound, which results in an increase in stage size at the expense of location accuracy. This is not a bad choice for movies, but those who prefer the authentic realisation of delicate piano music may be better off with direct radiators. Since many dipoles have a switch-over function to direct radiating, this should disturb in the least cases.

I wrote a seperate chapter *click* since subwoofers are a relatively complex subject,